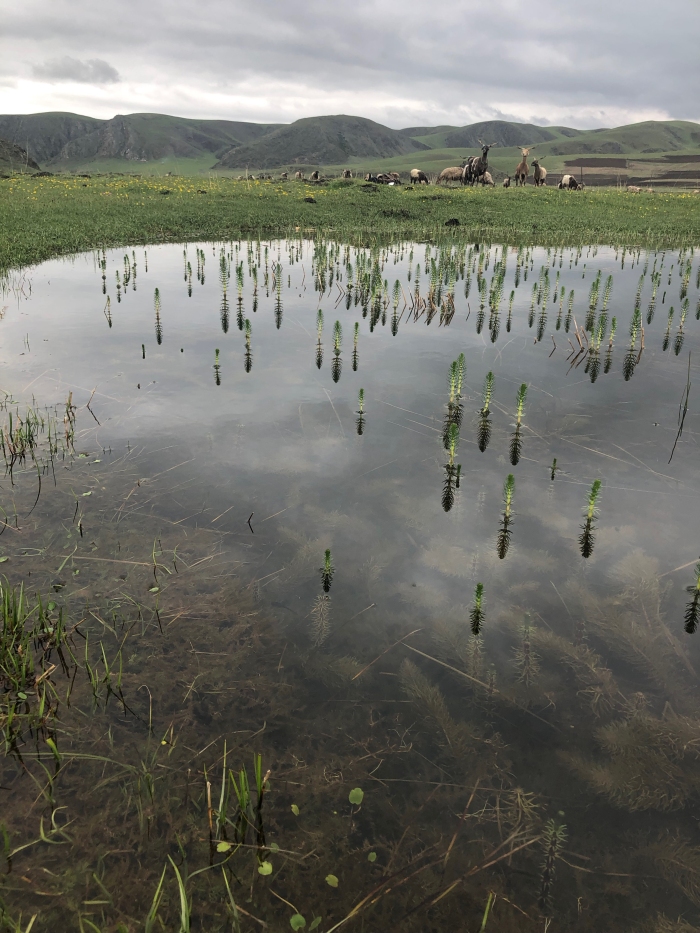 The birds are singing louder, the nights are quiet except for the dogs barking, the langurs have almost stopped coming, probably because they now have the whole town to themselves. Walking several kilometers for groceries and making lines is the new normal. The air is clear, there is more time to think, and though we are busy all day, there is a new calm, a ‘whatever comes, comes’ attitude. This is our life under lockdown, how we see it affecting us and our immediate environment, though we can imagine how the confinement of humans is affecting nature in the rest of the world.

On Earth Day, I think of Earth, and how she is getting a break, amazed at her capacity to rejuvenate and capitalize on the slightest retreat from our nefarious activities. I can’t help but reflect on our obnoxious behavior, fueled by arrogance and sense of entitlement. Let’s be honest; homo sapiens is a despicable, dangerous, and destructive creature. Those with a conscience may worry that we are ruining the earth, that we will be destroying it if we don’t change our ways, but no one can make the sacrifices to stop, not even slow down the huge machine that has been put in motion, as that would result in scraping the income of those at the top and deprive the ones at the bottom of basic necessities. And life goes on…until the limit is reached and Earth hits back. I feel we are presumptuous in thinking that Earth will let us destroy her. This is a losing battle, where we shouldn’t worry so much about Earth, she will take care of herself, but rather about the survival of our species. The pandemic may have changed the way we think, brought in new realities, new priorities, but when it is over, which may take some time, what will be the new normal? Will we go right back to where we were?

Earth not only deserves but commands respect. For Jews, Christians and Moslems, she is God, for Hindus, the Universe, for Buddhists, the law of cause and effect, for animists, Mother Earth. We cannot escape the reality that we are reaping what we sow, though we can redeem ourselves by reducing greed and acting smartly and selflessly. If we want to remain on this Earth, we need to show more empathy, compassion, and an understanding of the meaning of happiness.