My first trip to Asia included a stopover in Burma. I knew about Burma through my 7th grade Laotian friend Genevieve who wore rings that she claimed were from “Burma”. When I told my nanny Germaine that Genevieve wore ruby rings from Burma, she told me they were fake, that “Burma” was a costume jewelry store in the 9th arrondissement in Paris. I repeated that to Genevieve who got very angry and said that Burma was a country, that she had lived there, and not only that, her father had been the Laotian Ambassador to Burma. I was embarrassed, and never forgot that Burma was a country. Now my cousin Colette Benveniste Stermer lived in Rangoon with her husband and three sons and we were visiting them.

At 15, I looked to Asia to show me what I felt was the “real” side of things, what I looked for in France in old towns, in markets, in the raw look of children and old people, things that were beyond automated modern life, the layer underneath, that I tried to capture through photographs. In going to Burma, I was afraid of finding a modern city with a highway, and that in the few days we were there, I would only see more of that greyness I despised about what people called “modern’. I had been charmed by the green of Shri Lanka, fascinated by Honk Kong and loved Thailand, but I was suspicious there must be something ugly some where on the way.

It had taken weeks for my parents to get us visas for a week and Colette had warned that customs would open our bags and conduct a thorough search. The airport was dark and gritty, full of armed soldiers who smiled at Colette’s little boys. Burma was a revelation. It had nothing of what I was afraid to see, quite the opposite. Light was everywhere, roads were bumpy and everyone was dressed in a sarong. Colette’s husband Les was a diplomat and they had been in Burma two years. As we drove, he pointed on the right to a market, “the Black Market” he said. Imports were forbidden but everything could be found there, at a price. Colette told us how women who had too little breast milk couldn’t find formula milk or afford the Black Market.

They took us around for three days, and I got my fill of “the layer underneath”. There were markets with beautiful crafts, temples full of light, people who smiled and didn’t mind that I take their photos, waiting patiently and giggling when I struggled with my Rolleiflex and pointed my light meter at them. We stayed in the best hotel in town, built by the Russians in the 50’s. It was crumbly and the rooms full of lizards that sang loudly. There was a precious stone exhibition and sale going on there, where people from all over the world came to buy raw and cut stones or finished jewelry. There were rows of bowls full of uncut stones of all sizes and my mother watched in horror as Colette’s sons Mark, Dean and Todd, went from one to the other, running the stones through their hands with the security guards smiling and laughing with them.

One night, Colette and Les took us to dine at the house of Burmese friends. They had been abroad, posted at the UN in New York and spoke English. They lived in a large house around a large extended family with an elaborate dinner laid out on a very large table. The old grandmother came to inspect, smoking her cigar, which Les told us was something women did here. After dinner, the girls took me to their room and dressed me in a sarong. They had a record player and I saw they had a Crosby, Still and Nash album. I asked if I could play it. Hearing my teenage favorite in a Burmese girl’s room was like putting two worlds together. Little did I know then that I would spend my life putting several worlds into one.

In 1971, my father took my mother and I to Hong Kong, a stop over on my first trip to Asia. We stayed there five days, taking up residence in the Peninsula Hotel and making frequent trips to Hong Kong Island on the ferry. There, we explored the antiques market, where my father, who knew it well, took me along, streets crammed with small shops, their treasures spilling out onto the sidewalk, where children and dogs played. At noon, school children in uniform, shop keepers and office workers would crowd around the noodle sellers, fill their bowls and slurp their noodles.

I was an avid photographer and I tried by best to capture the wonders around me. The old Rolleiflex I used offered me some shelter, since I had to look down into the viewfinder and could avoid pointing the camera at my subjects, though I soon learned to be careful, especially after an enraged cabbage seller screamed insults and shook her wet cabbage at me, sending me running.

On one part of the Island, I think it was the Aberdeen side, was a whole population of people who lived on junks, and we wove our way among them on a rented boat. We also climbed up to the heights and I took shots of sceneries that looked just like the Chinese paintings I so admired. 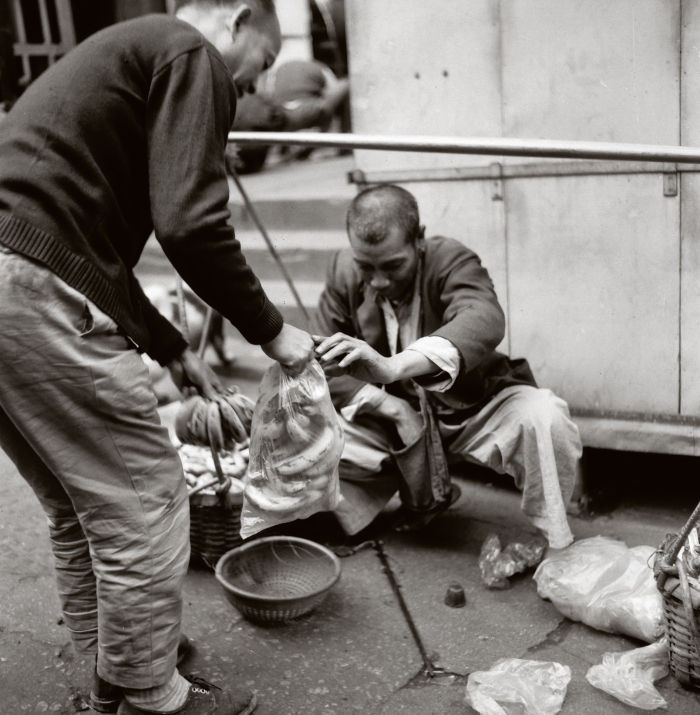 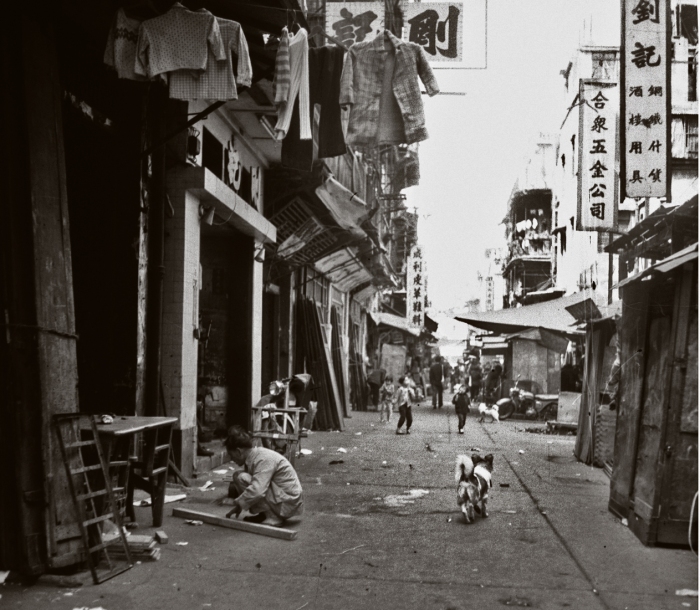 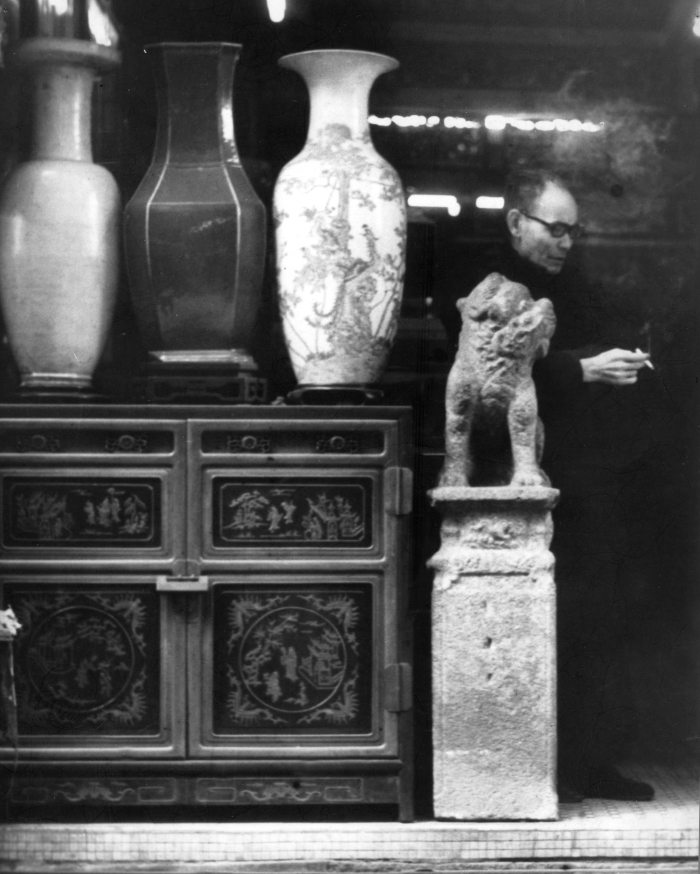 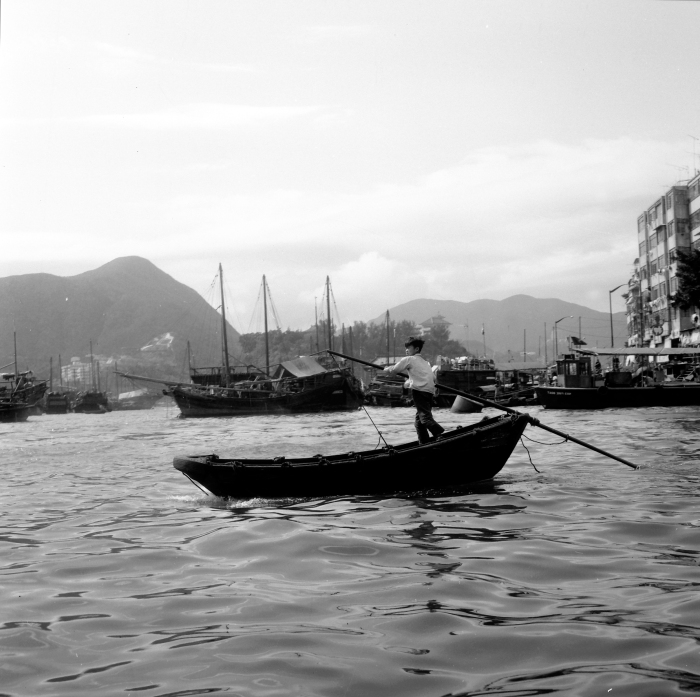 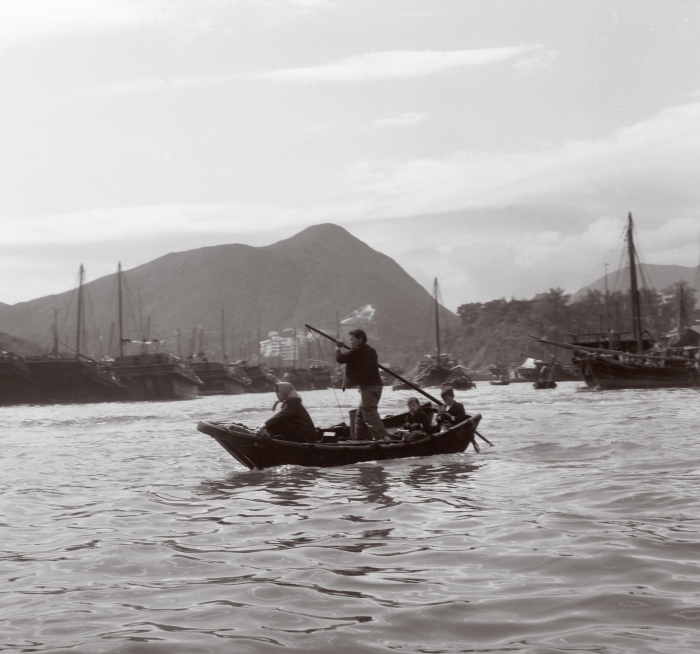 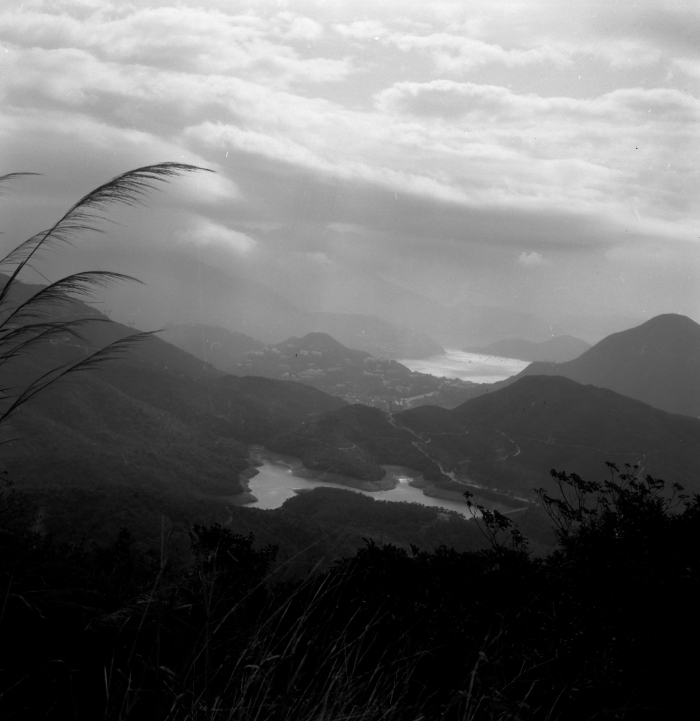 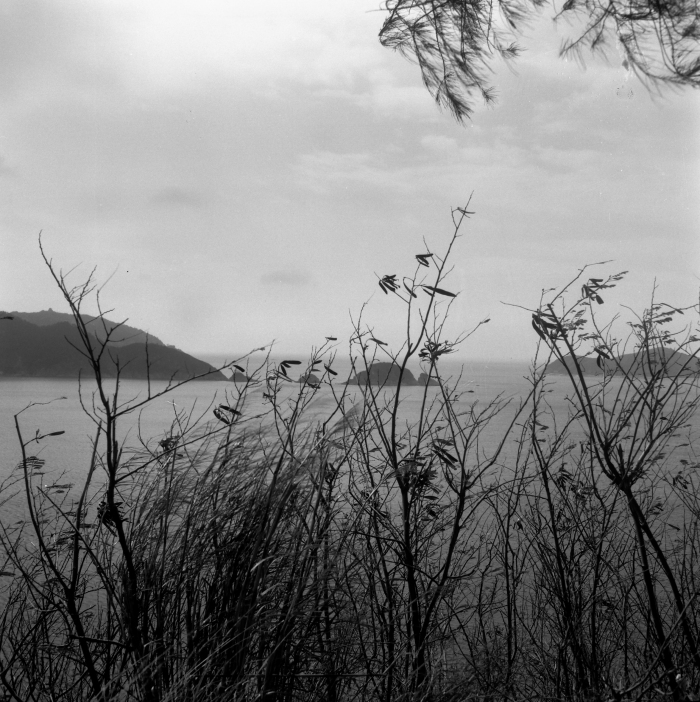 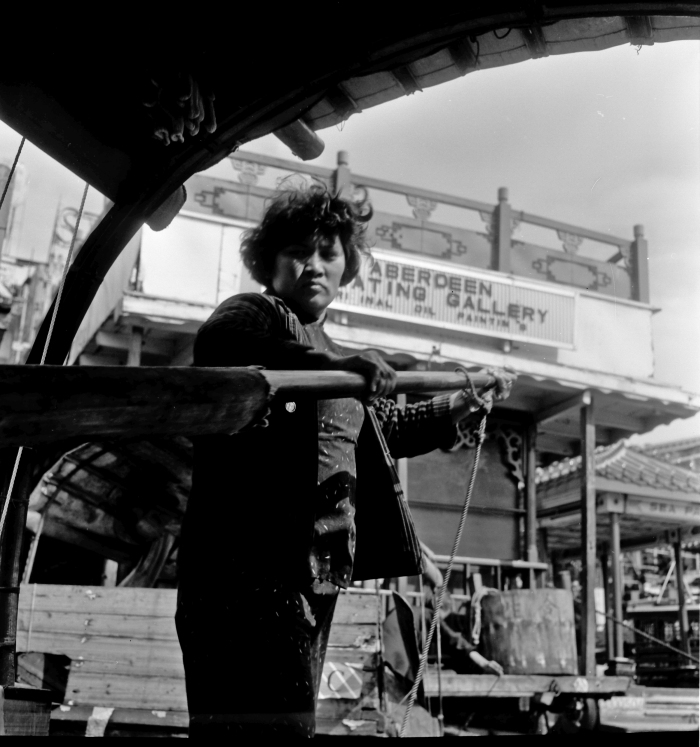 I didn’t return to Hong Kong until 2008, 37 years later. It was another place, another planet, and all my pictures were in color.